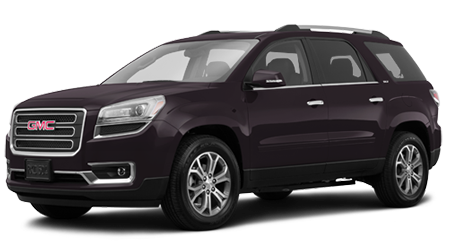 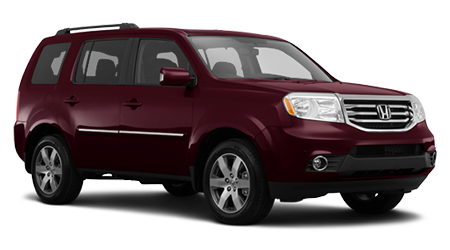 The 2015 GMC Acadia is a real SUV that will have you riding in the absolute lap of luxury anywhere you go. Cutter Buick GMC in Waipahu serves Wahiawa, Kapolei, and Pearl City, HI with great GMC deals, without the luxury price. Come see why we're O'ahu's favorite GMC dealership. The Honda Pilot can't handle the heavy lifting that the 2015 GMC Acadia can, see how the two compare below.

The GMC Acadia may drive like a luxury crossover, but under the skin, it's engineered to provide all the capability people look for in a tough and rugged SUV. Properly equipped, the GMC Acadia can tow a 5,200-pound trailer, and it does all that without the thirsty V8 powertrain or cumbersome body-on-frame construction of other SUVs. The Honda Pilot, which is nearly the same size, is only rated for 2,000 pounds of towing.

Both the Honda Pilot and GMC Acadia are powered by V6 motors displacing 3.5 and 3.6 liters respectively, but the Honda make a good deal less power than the GMC. The GMC Acadia's 3.6-liter V6 is rated at 288 horsepower and 270 lb-ft. of torque, while the Honda can only produce 250 horsepower and 253 lb-ft. The Honda's torque peak come in over 1000 rpm higher than the GMC's, meaning it will feel much more sluggish off the line. The Acadia's extra power hardly costs you anything at the pump, either; the Acadia is rated just 1 mpg lower than the Pilot in both city and highway tests.

If you are buying a 3 row crossover SUV, you obviously value space and people-hauling ability. Both GMC and Honda offer seven- and eight-seat configurations with nearly the same passenger space, but when it comes to cargo, the GMC wins. With all the seats filled, the Acadia still offers 24 cubic feet of cargo space, six more than the Pilot. Fold the 3rd row, and GMC wins by 22 cubic feet, and over 29 cubic feet when both rear rows are folded.

If you want a luxury three-row crossover with the ability to tow huge loads and plenty of room for stuff and people inside, you should check out the 2015 GMC Acadia. Cutter Buick GMC in Waipahu, HI has both the Acadia and luxury loaded Acadia Denali in stock and ready to test drive today.