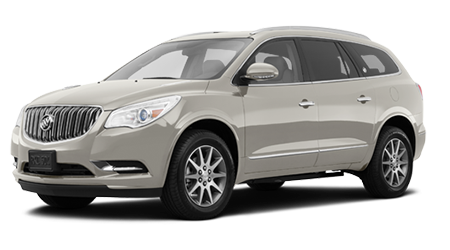 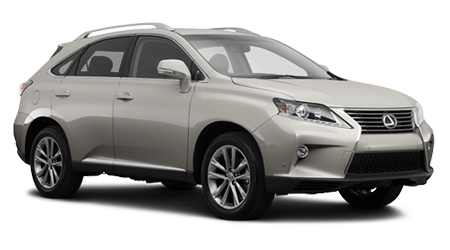 The 2015 Buick Enclave will carry seven passengers in safe, quiet comfort. Shopping for a new family crossover? If you're in Wahiawa, Kapolei, or Pearl City, you want to shop at Cutter Buick GMC in Waipahu, HI.
Lexus makes a very nice crossover in the RX350, but it only seats five, and safety-wise it gets lower marks than the Enclave.

More Power to You

The 2015 Buick Enclave out powers the Lexus RX350, while getting nearly the same miles per gallon. The Lexus is rated at 18 city/25 highway MPG, but that's only 1 better than the Enclave in both tests. Not only does the Buick make 18 more horsepower, it makes a more significant 22 lb-ft. more torque that comes in 1300 rpm lower than in the RX350 for better response off the line in stop and go traffic. That extra power is part of the reason the Buick can tow 2,000 pounds more than the Lexus; a total of 4,500 pounds.

The 2015 Buick Enclave is just bigger than the Lexus RX350. While the RX350 is a five-passenger crossover no matter how you option it, the Enclave comes standard with seating for seven with 2nd-row captain's chairs and eight passengers with the optional 2nd row bench seat. The interior of the Buick beat the Lexus by more than 50 cubic feet. Cargo-wise, the Buick Enclave gives you 35 more cubic feet when you aren't carrying passengers.

Standard is Anything But

Of course, if you plan on buying a crossover to carry the kids to soccer and school, you want them to be as safe as possible. The Enclave comes with a unique airbag between the front seats to keep unbelted rear seat passengers from moving in the event of a crash. The RX350 only received 4 out of 5 stars in several crash tests, unlike the Enclave that got 5 stars across the board and the highest rating from the IIHS.

To safely and swiftly carry your whole family and all their stuff, the wise choice is the 2015 Buick Enclave. Wise shoppers in Hawaii have been buying cars and trucks at Cutter Buick GMC in Waipahu for years.